Friday in class we looked at a slideshow of scary art. Honestly I don't really like art that is scary but pretty, appealing art. But there is something about things that are weird that you can't look away.

I came across an artist named Francesco Sambo who is from Italy and a digital artist. He has a series called Bestiario, that has 9 human/animal collaberations. He makes the human body look so animalesk it's weird, but very interesting. 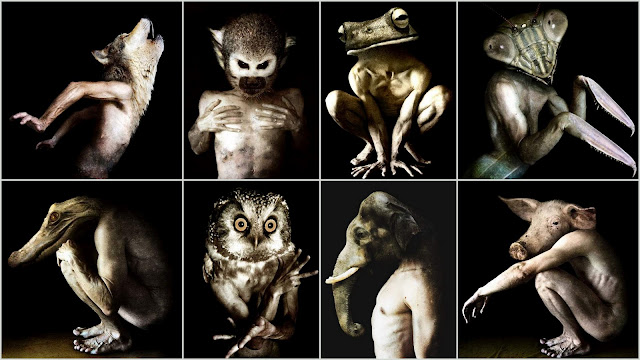 He also did a series called the dark side where he has pictures of weird alien hoolow eyed babies which all have something creepy going on. Ones a clown, one has a chain around its neck, one has a knife, They are all very creepy but very well rendered. 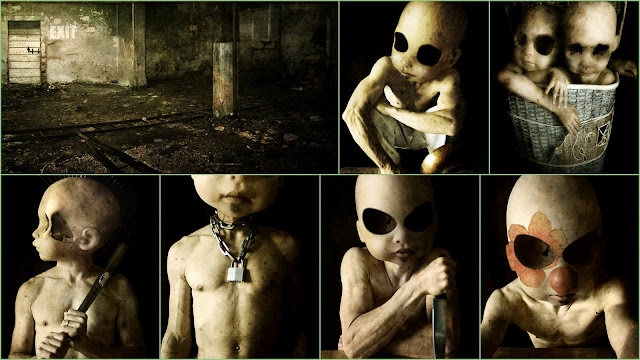 The more of his art I see the creepier it gets. He also has a collection called Masquerade, which is all kinds of creepy tatooed guys in masks doing creepy things. In the one picture the man is licking a huge knife. 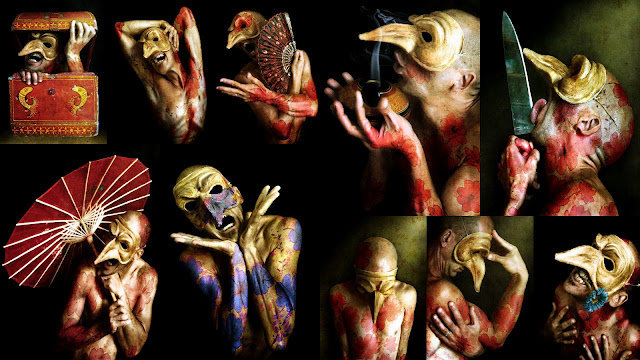 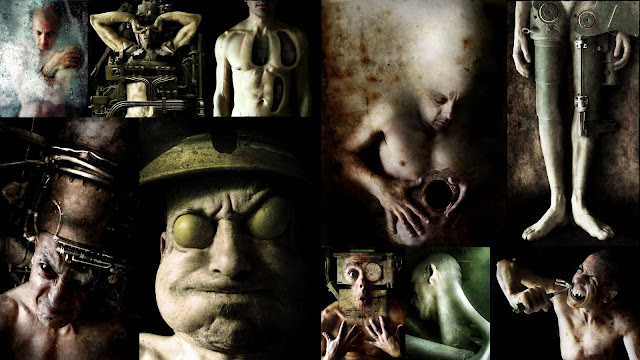 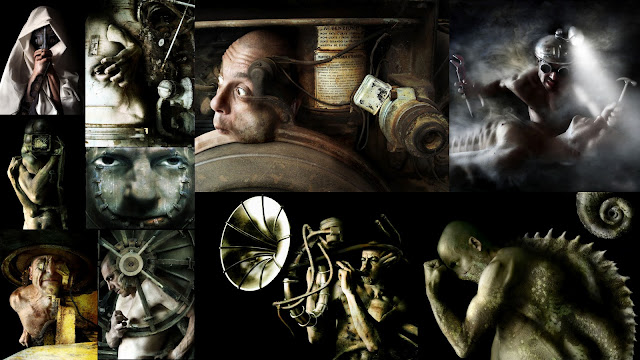 Even though this man is dark and creepy, He is definitly an artist who has an amazing imagination. I would  never be able to think of the things he does. It makes you wonder how sane this person is.